Last night I travelled with a friend to Portsmouth to watch Adam Ant perform live at the Pyramids Centre. The gig was packed out and the atmosphere was fun once everyone had got in the venue from queuing in the cold.

The support for this gig had been mixed up slightly with Twinkle Twinkle opening and Georgie Girl and her Poussez Posse replacing Dressing for Pleasure. Both bands got the crowd warmed up sufficiently enough for Adam who was up next with his band The Good The Mad And The Lovely Posse. 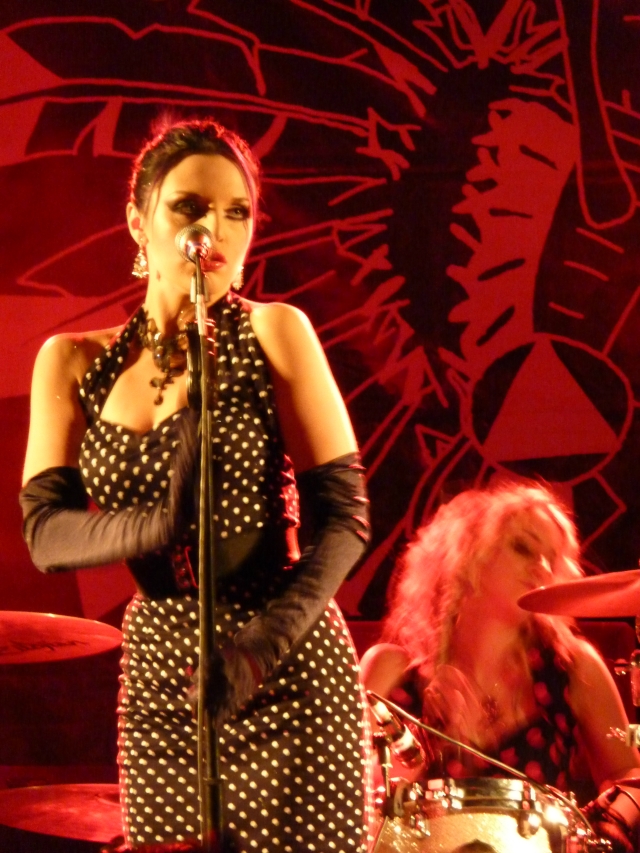 I have seen Adam Ant live four times in the last two years and I can honestly say that his performance is getting better and better as the tour goes on. I will be at the Guildford gig on the 6th December so you can expect more photos and footage to come from that.

You can view all the photos I took at this gig in my flickr set and below is some footage I took from the Portsmouth gig including a video of Adams new song Vince Taylor. I created a YouTube playlist with footage that me and my friend SolusShadow took at this and the other gigs we have been to Adam Ant Playlist 2011. Enjoy 🙂

If you would like to connect with me you can add me to you circle on Google Plus, follow me on Twitter or see my taste in music by adding me on Last.fm
View all posts by Matt Walker →
This entry was posted in Entertainment, Music, Video and tagged Adam Ant, Adam Ant Live, Adam Ant Vince Taylor, Portsmouth, Poussez Posse, Pyramids Centre, Review. Bookmark the permalink.